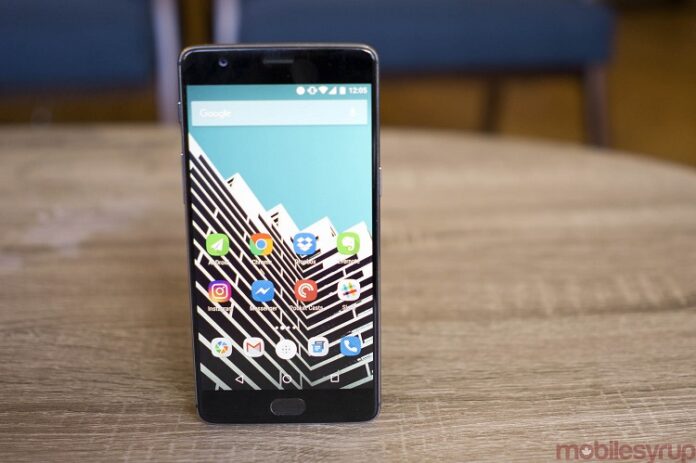 Today we will complete the revised one of the most anticipated cell the OnePlus 2 version is the 64GB of internal memory and includes 4GB of RAM, design keeps the essence of the previous model have been included only premium materials and It is much easier to replace the back.

It comes with Android 5.1 operating system and Lollipop above it we Oxygen 2.0.0 user interface that brings us the ability to customize our terminal in many ways, including some extras, such as an area where we can view more applications We use and more people with whom we maintain contact.

The screen is 5.5 inch LTPS LCD FHD resolution of 1920 x 1080 with 401ppi, thanks to its technology can appreciate that the screen is much brighter than we have under the same resolution, very real and vibrant colors.

The behavior and performance of the terminal have been luxury, we talk about a Qualcomm Snapdragon 810 Octa-Core processor, Adreno 430 graphics processor, 4GB of RAM, 64GB of non-expandable internal memory, these specifications can say that this terminal works as a bullet It has not earing in applications requiring a lot of resources, social networking, navigation, and video streaming works fine, the only problem I have noticed, that’s no problem of equipment, rather application problem is YouTube which manages an old version and it does not allow me to update it regularly freezes unable presenting videos on that platform, we imagine that this problem will be resolved soon in an update optimizing it as it should be.

We liked the camera, the results have been to our taste, very good day and good during the night, especially when compared to other cameras in the same resolution, we talk of a 13 megapixel sensor with dual LED flash and laser sensor for better focus and faster, the results can see them then presented the colors are natural and real well, we see life in each image, look very clear and bright, overnight the results have been much better than other cameras with the same sensor, we can see content and the area have captured the images is illuminated.

As far as we are capable of video recording at 2160p @ 30fps, 1080p @ 60fps, 720 @ 120fps, the results in terms of picture quality is good, like photos, only that we will not see that there is presence of a stabilizer image, something that supposedly owns this terminal, so that the end product eventually spoils overnight but looks better than other terminals is not entirely clear, there are times that you lose focus and quality.

The front camera is 5 megapixels and can record video at 1080p @ 30fps, consider the results have been good, we will have in implementing the beautification mode that works well and rejuvenates us.

Calls, in this case working with Nano SIM card and is the Chinese version, but worked very well with the networks of T-Mobile USA, the battery is 3,300mAh and screen time has been a little over three hours this led me to daily use reaches 12 hours to fair, EYE there are many ways to optimize power consumption, such as placing the screen automatically instead of manually, use the power-saving mode, among other things, in my case I’ve used a full-featured, so the battery has run faster, I always say, all this will depend on the use you give to the terminal.

We will have several extras including have the touch screen to activate the cell, the light of notifications, a side button to restrict notifications, on-screen gestures, you can assign functions to the capacitive buttons, etc. Actually many features and customizations we can make our terminal.

The fingerprint sensor is not a button, but also serves as the home button, it’s amazing how fast and efficient it is when you use it to unlock the terminal, surprised.

In short we have a super team, with excellent performance, good camera, but with some negative points, especially in the recording, the battery is not anything special, but if we optimize well the team arrives without problems all day, no screen Quad HD be required, DHF is perfect, well-crafted, its user interface gives us a pure Android experience with many possibilities to customize your terminal to the customer., really a terminal that handles quality and value in every way, well by OnePlus.

Keep Your Mobile Phone Functional with an Expert Repair Service

Why Digital Marketing Is Better In Corby Than The Big Cities

What Is Helim 10? Why The Demand For Helium 10 Has Increased?

What Are The Features Of Vidmate App?

5 Ways To Use SEO Keywords To Increase Website Traffic

Getting the quality approach to design the Facebook cover

For A Better Forecast Demand With The Use Of Machine Learning...

Era Digital: How does it affect your company?

Get the SEO expertise you need

Quick Holiday Website Design Hacks You Can Do Now